Supporting the baking and biscuit industry

Wheat prices raised to a new record high in European trading on May 16, after India decided to ban exports of the commodity as a heatwave hit production, says AP.

The price jumped to EUR435 (USD453) per tonne as the Euronext market opened, up from the previous record of EUR422 reached on May 13.

Chocolate Confectionery Industry at USD89.2bn in 2021 and…

The Spanish Bakery and Pastry Industry Recovers Part of the…

India, the world’s second-largest wheat producer, said on May 14 that it was banning exports after its hottest March on record, with traders needing express government approval to enter into new deals. India previously said it was ready to help fill some of the supply shortages caused by the Ukraine war.

In all, more than 40 countries have implemented export bans of some sort since the military action in Ukraine began, according to Global Trade Alert, a foundation that tracks global trade trends.

The most recent action occurred in Indonesia, which banned the export of palm oil beginning April 28 due to surging domestic prices. As the world’s largest producer and exporter of palm oil, the effect of the ban was immediate. But no less significant has been Russia’s banning of fertilizer, some grains and sugar exports in response to sanctions imposed, because of that country’s invasion of Ukraine; China’s banning of fertilizer exports; and Turkey’s halt in the export of beef, butter, corn, goat, lamb and vegetable oils. 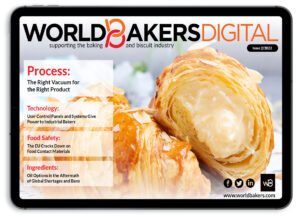 Set the Line for Sandwich Pancakes

Prev Next 1 of 61
Featured Articles

This website intends to use cookies to improve the site and your experience. By continuing to browse the site you are agreeing to accept our use of cookies.

Your account will be closed and all data will be permanently deleted and cannot be recovered. Are you sure?